We were approached by a client in Highcliffe-on-Sea on the Dorset/Hampshire border who was looking to make their home accessible again. Highcliffe is a small village located on the south coast close to Bournemouth and Poole in the West and about 5 minute drive into the New Forest to the East. Highcliffe is a popular tourist destination with award-winning beaches, nature reserves and a clifftop castle. Dorset is home to an ageing population with a third of the population in some areas of East Dorset over the age of 65. This coupled with the fact that many of these low-rise residential blocks of flats were built without lifts are now gradually becoming inaccessible for some of their residents.

Inaccessibility can make even simple tasks difficult and in the worst scenarios can lead to isolation. This particular project was to provide access for a client whose flat was situated in a 12 flat, 3-storey block close to the heart of Highcliffe village. Due to the galleried staircase there wasn't a supporting wall to fix into. This meant that we went for a lift in its own glass and steel structure which sits in the stairwell and goes all the way through to the ceiling on the third floor. The good thing about our lifts is that we can alter the lift's size in 50mm increments for both the width and the depth. This means that we can design a lift to fit the space that you have rather than trying to fit a specific set product into the available space. In this instance the structure measured 980mm wide by 1565mm deep which gave a lift cabin measuring 890mm wide by 1200mm deep.

The lift was handed over in the week before Christmas which meant that the client had full use of the lift over the festive period.

To see similar projects to Highcliffe click on the following links: 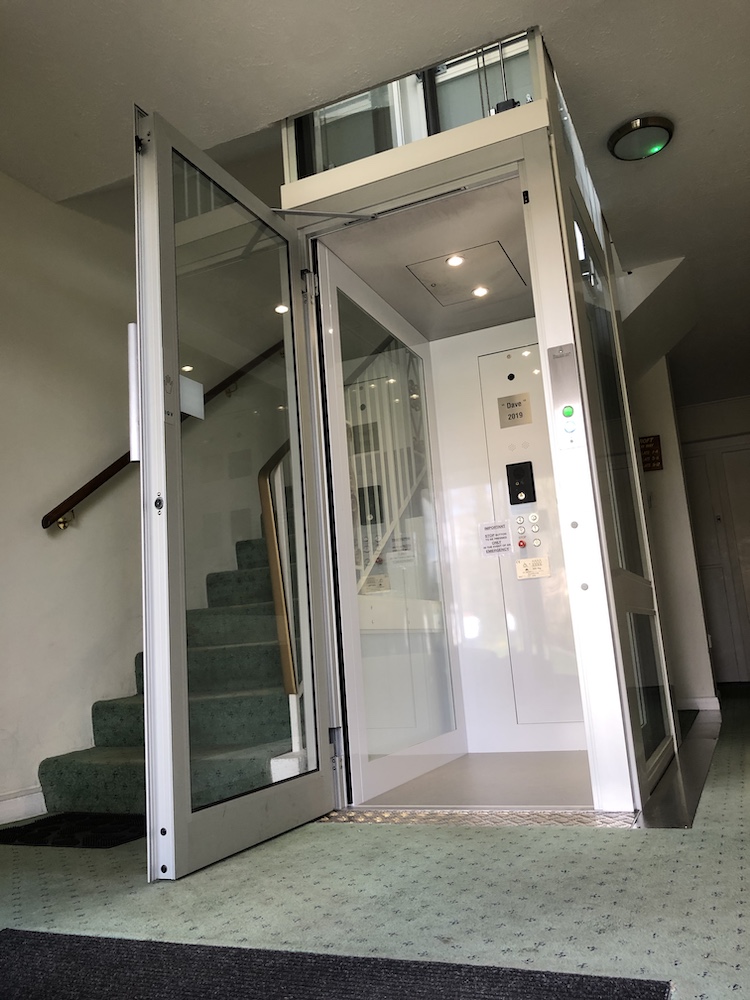 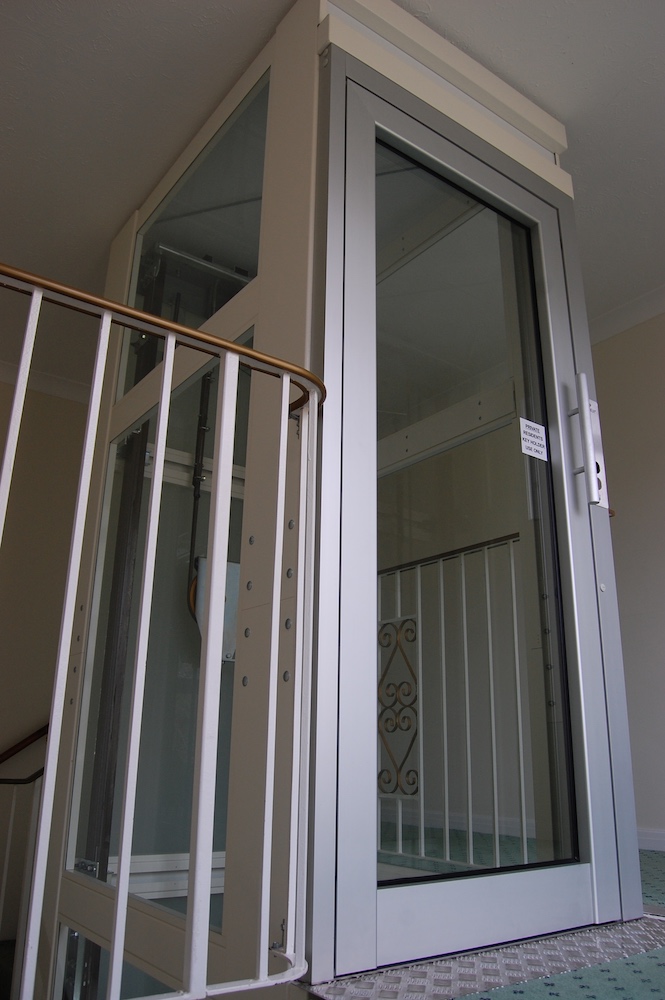 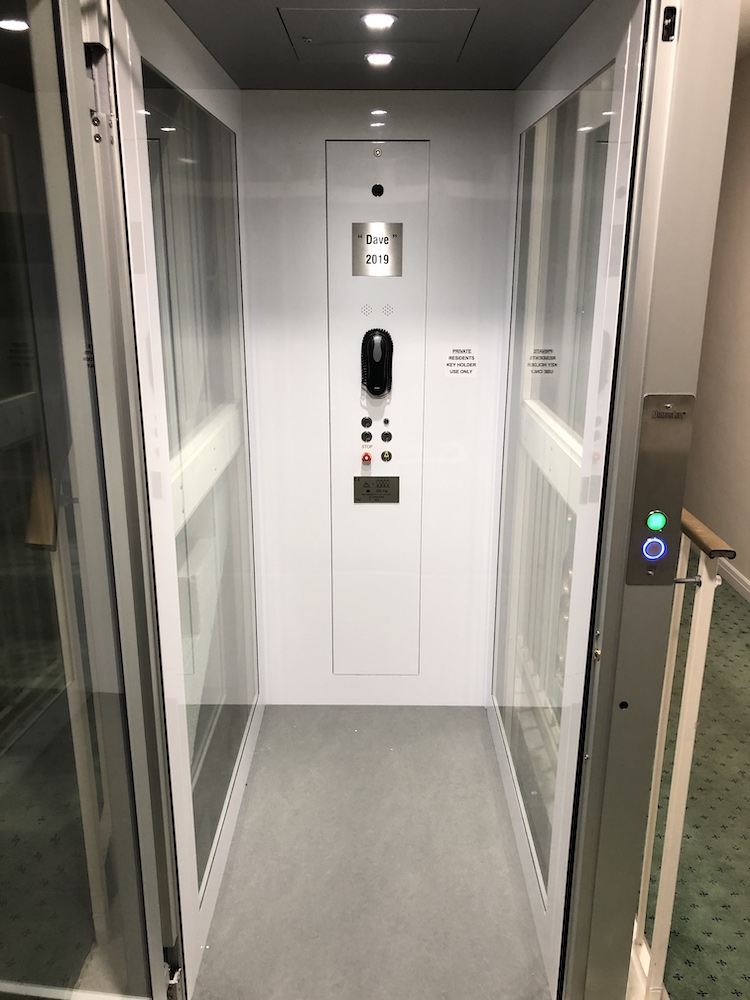 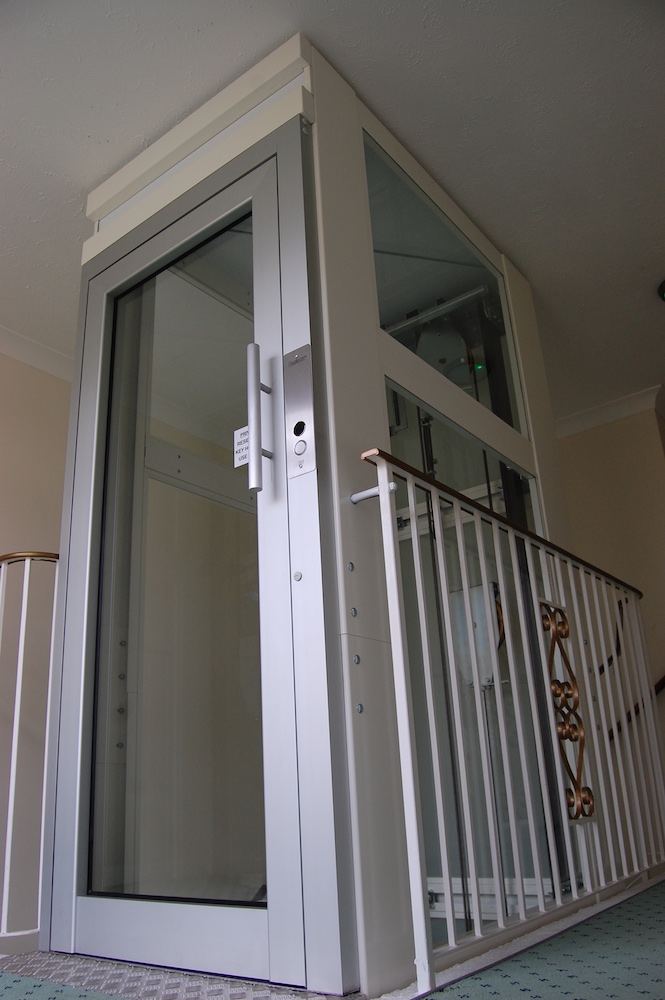 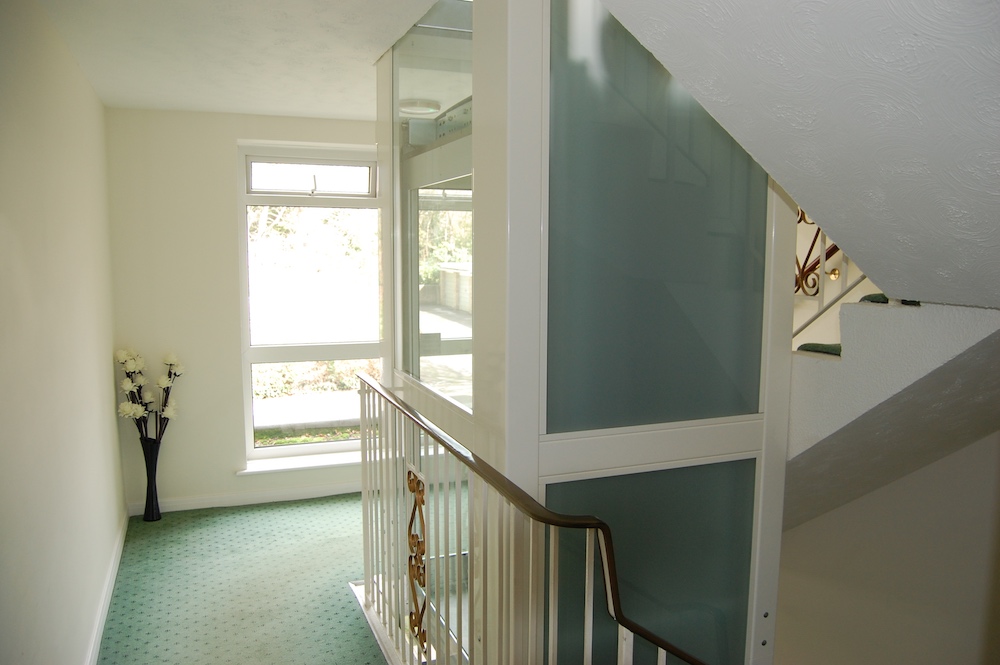 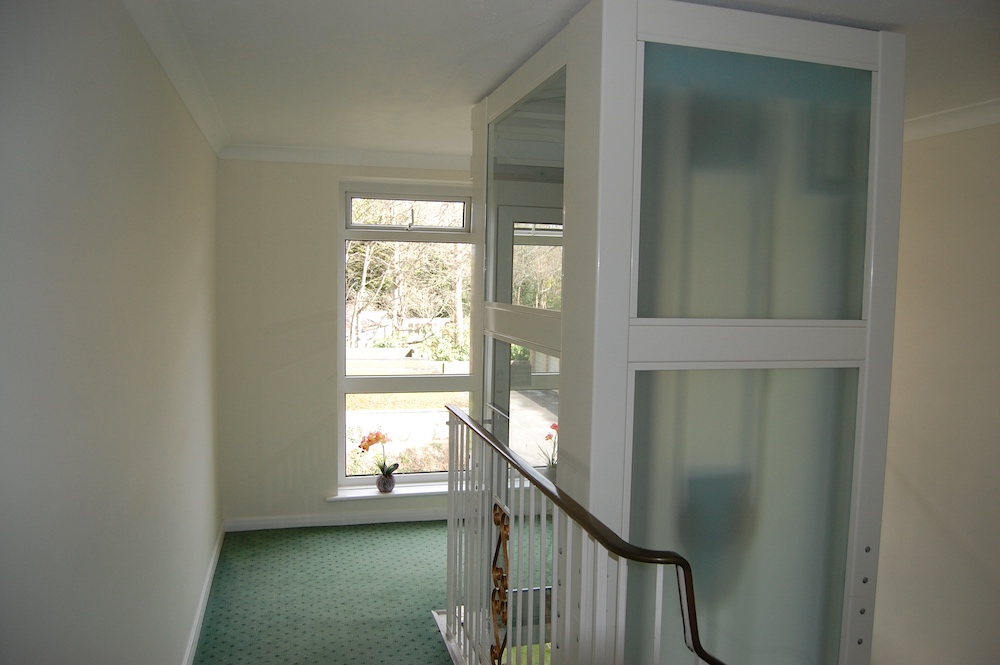