We were approached by interior designers Studio 63. They were the principal designers behind the refurbishment of 15 Berkeley Street, Mayfair, transforming it from Nobu to the new Il Borro Tuscan Bistro. The restaurant can trace its roots back to the Il Borro estate in Tuscany, Italy where the Ferragamo family have been producing fresh produce  as well as wine for generations. Il Borro Tuscan Bistro in London is the second international restaurant set up, with the first being opened in Dubai in 2017. As part of the design of the restaurant in London, there was a split level with the bar in the front portion of the building and the main restaurant area towards the back and on the first floor.

The stairs consist of 3 risers totalling a vertical travel of 420mm and a horizontal travel of 400mm. A Part M compliant ramp would have to be over 5 metres in length for this rise. This would not only detract from the elegance of the restaurant but would also take up valuable space. Our hidden platform lifts require a shallow pit of only 155mm and can have a maximum vertical travel of 830mm and maximum horizontal travel of 900mm. With the plug and play design of these lifts, they can be installed, tested and handed over to the client in a matter of hours.

The lift features key fob remote controls which are kept with front of house staff and at the bar so that when a customer comes to use the lift they can do so quickly and easily. In addition the lift does not feature any on platform controls which allow both staff and customers to both around the area of the lift without being impeded. Our hidden lifts feature a 22mm tray which can be fitted with any flooring, the same herringbone wooden floor was continued onto the lift allowing a seamless transition. The lift was finished with brass trims to match the brass and bronze accents seen throughout the restaurant.

To see similar projects click on the following links. 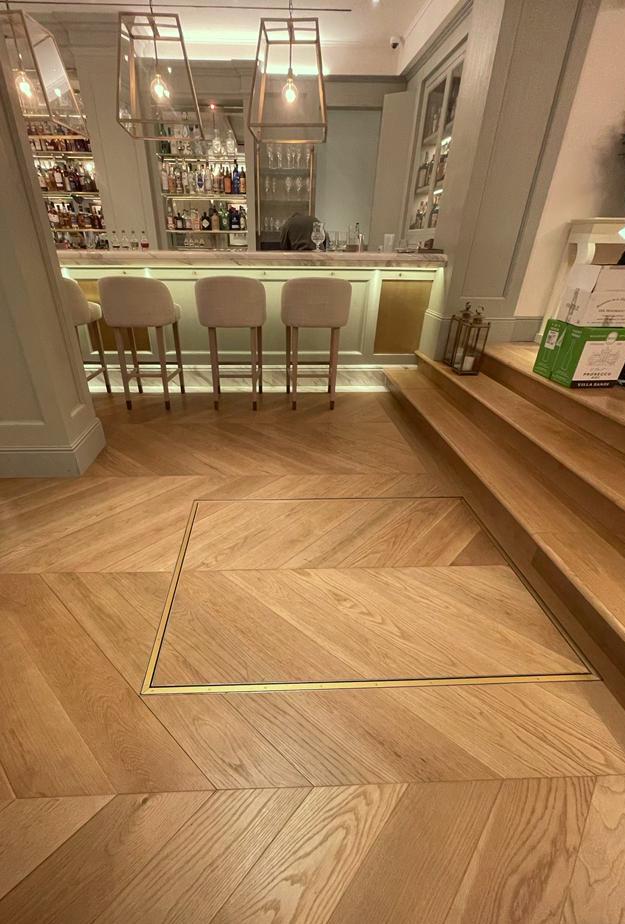 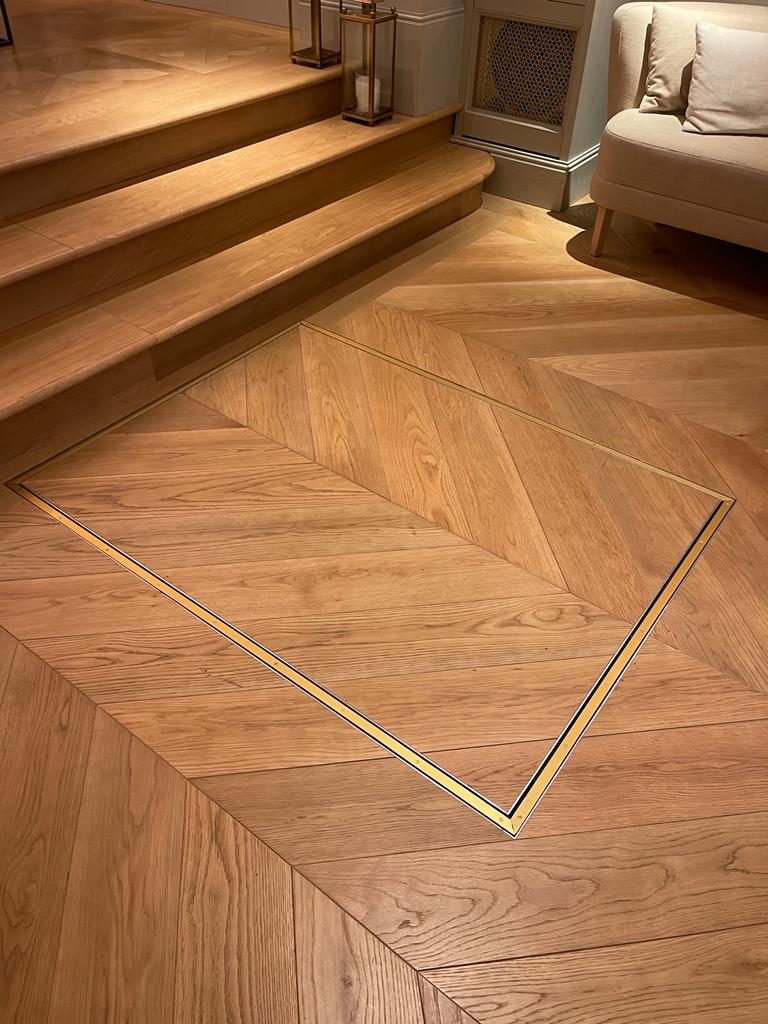 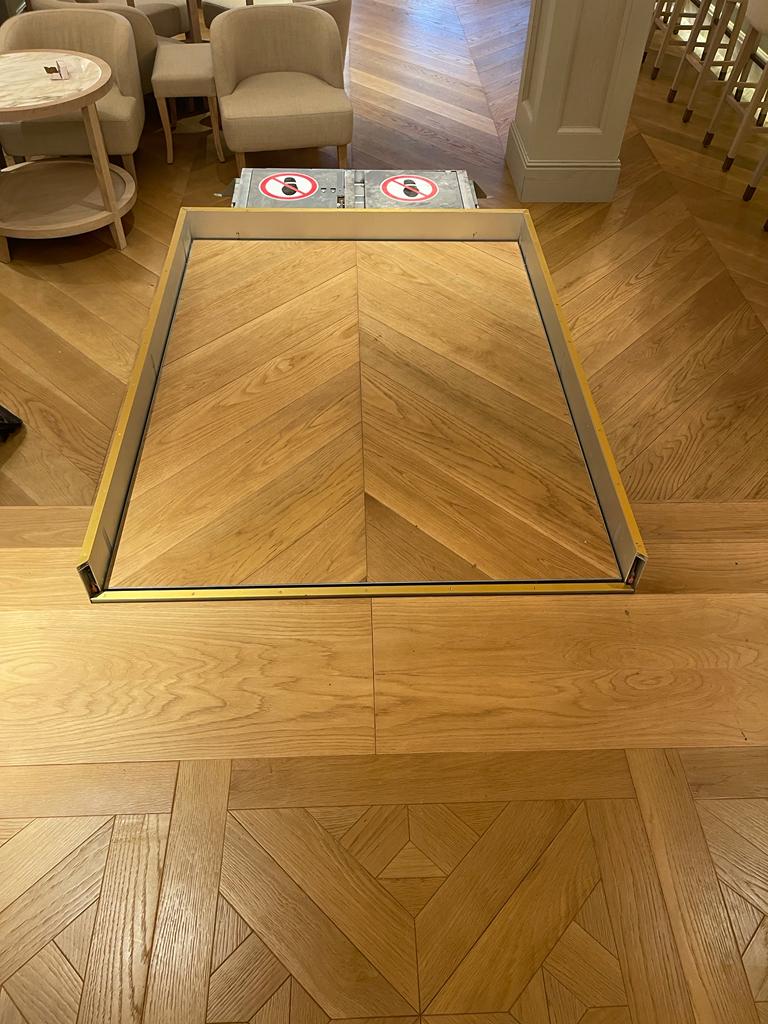 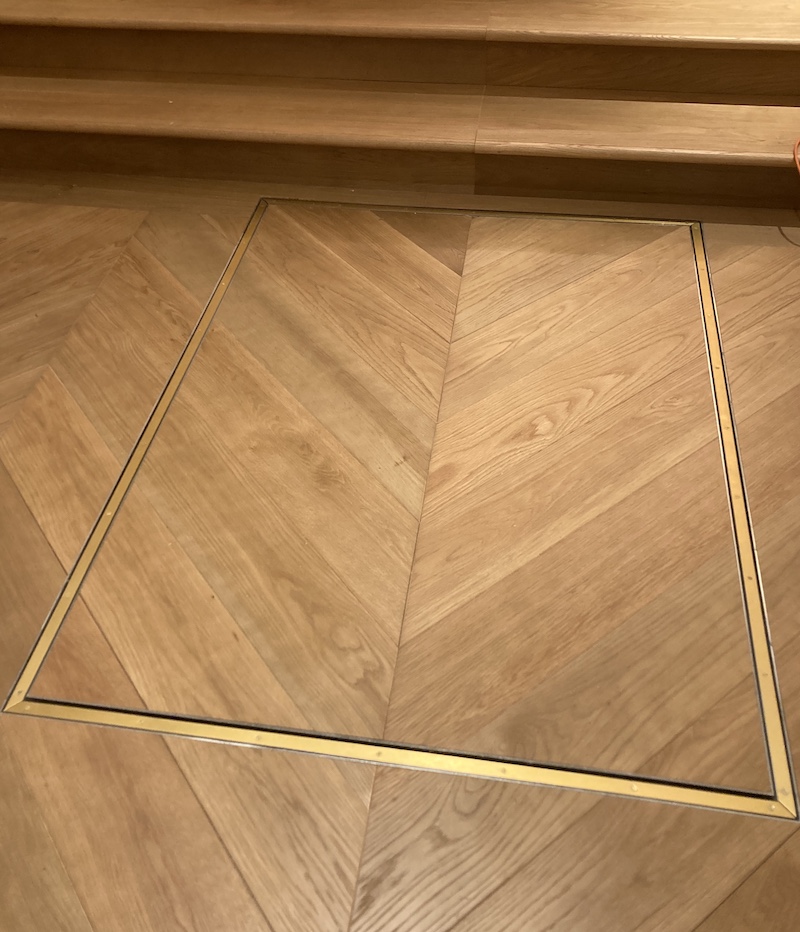 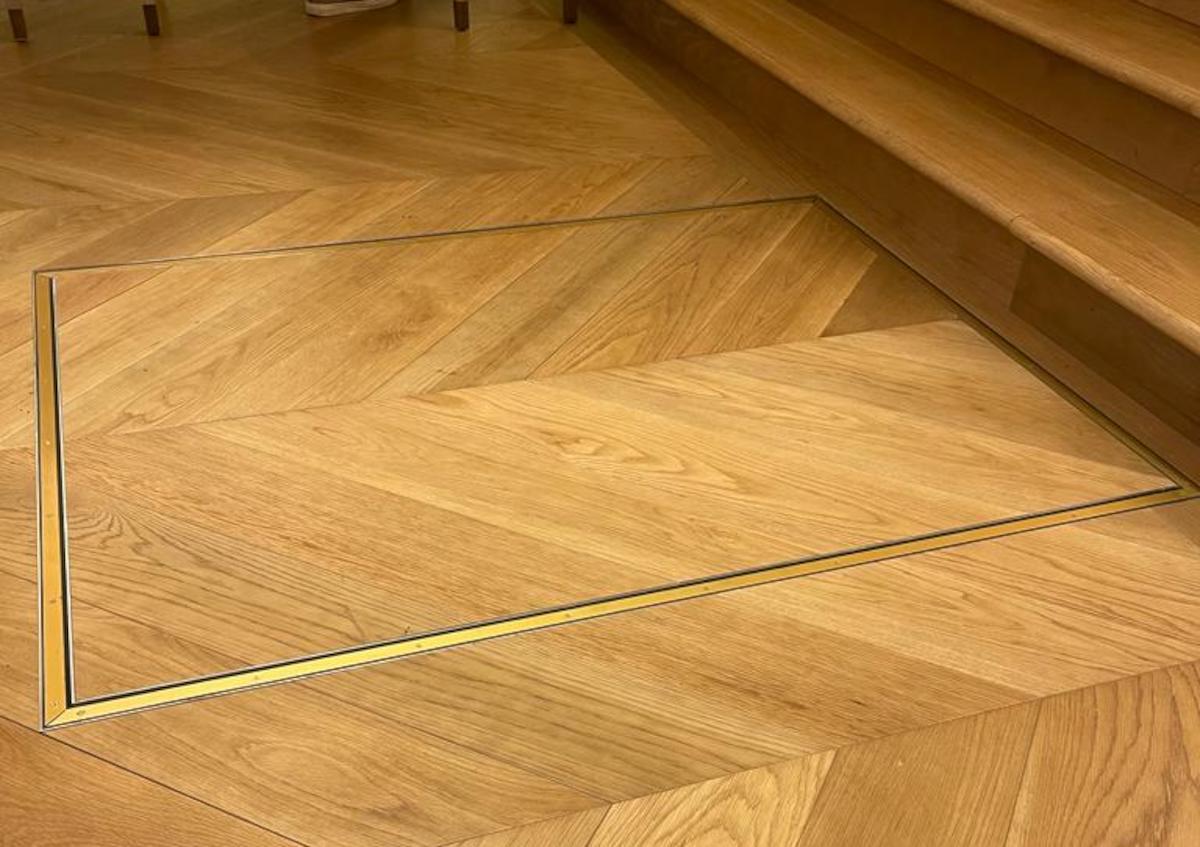 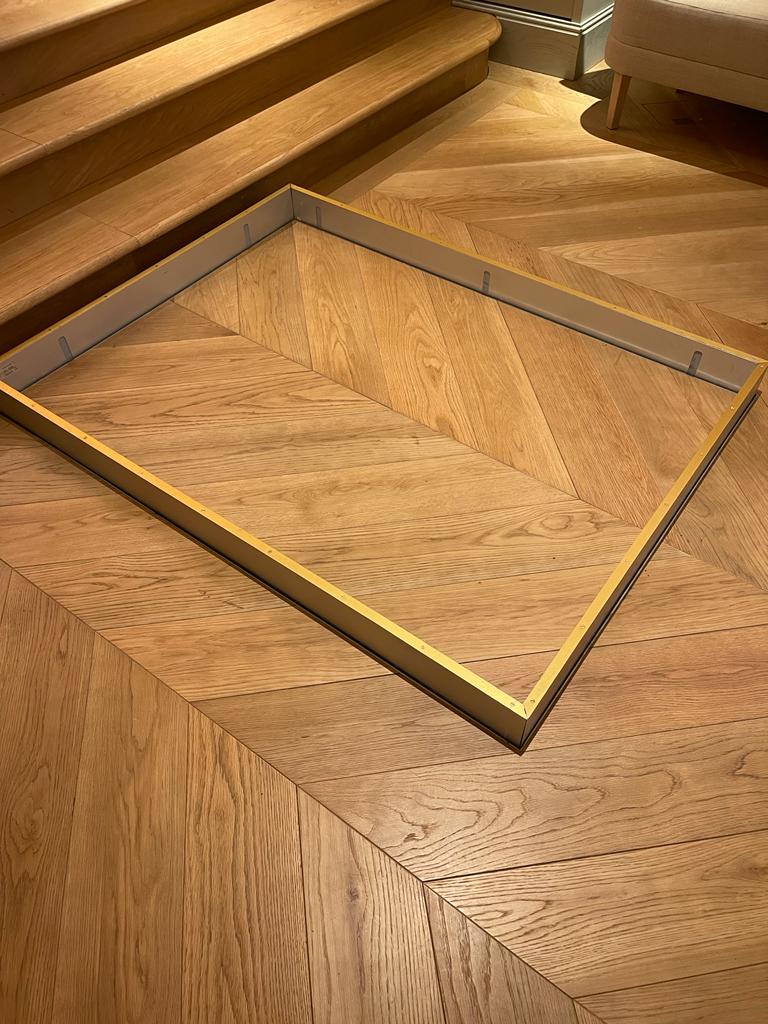 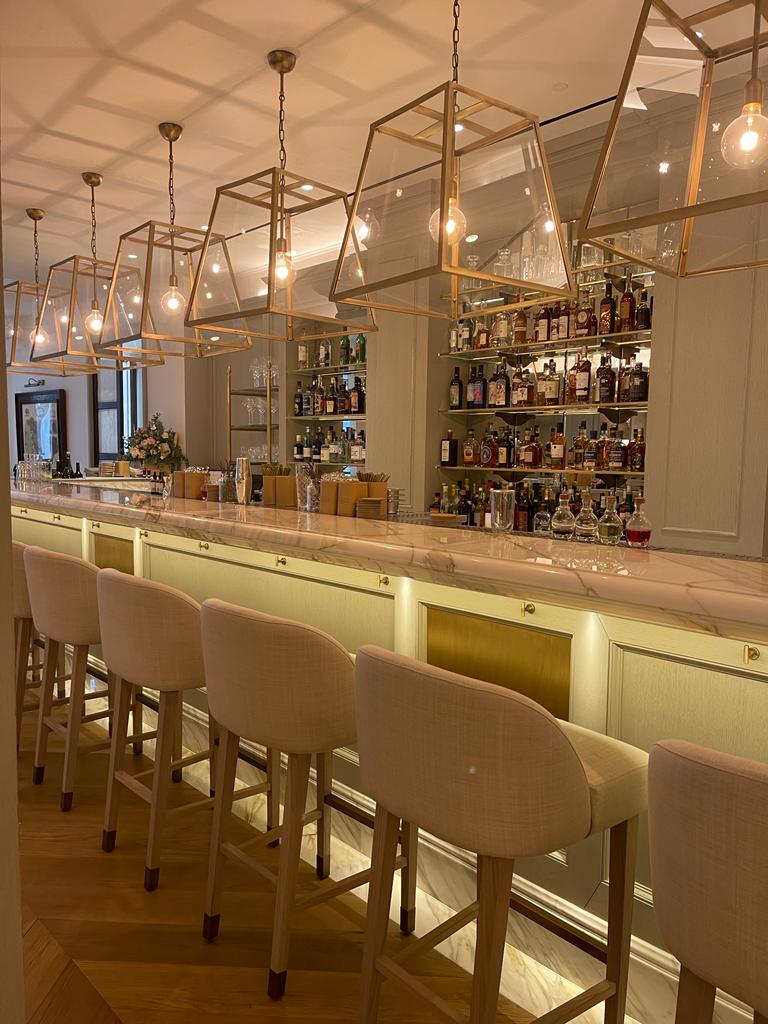 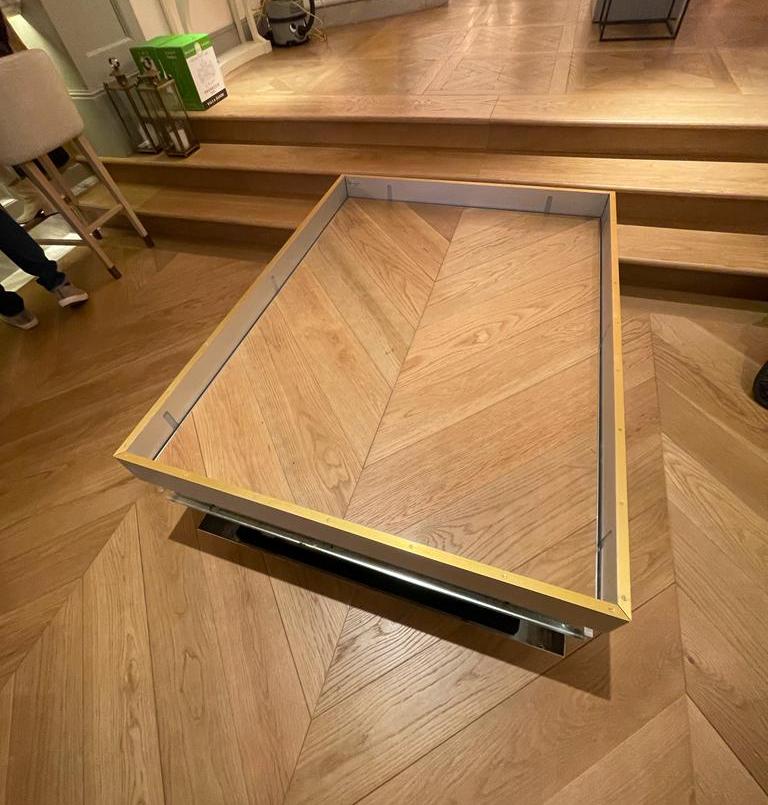 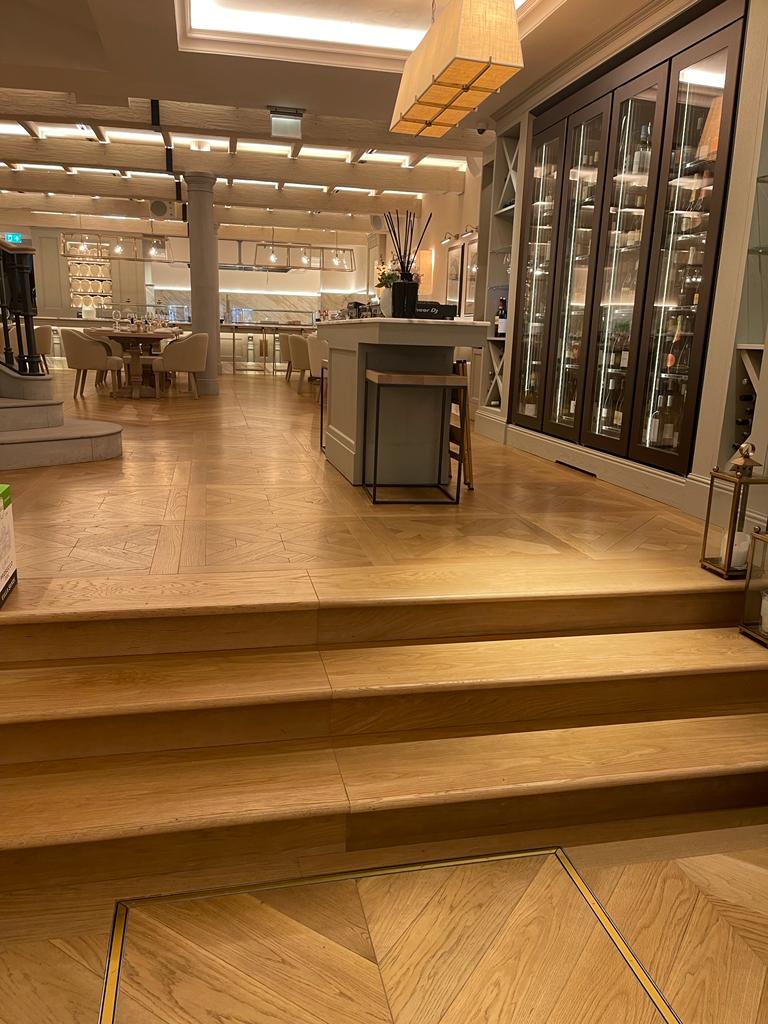 For more information about lifts like the one above call us on 0800 65 252 65, email us or click here to be taken to our hidden lifts page