We were approached by Cocksedge Building Contractors who were carrying out the refurbishment works at Ridley Hall in Cambridge. The works included excavation and creation of a new library in a sub level as well as layout changes to access routes surrounding the external quadrangle. As part of the works, the project required two external platform lifts, one offering access to an existing part of the  building then the other offering access into the newly excavated basement for access to the library. Ridley Hall is a theological college in the heart of Cambridge which trains men and women who intend on becoming ordained in the Church of England. Founded in 1881 the college teaches evangelical theology and offers training courses to those already ordained. Even though the college is not part of the University of Cambridge it shares close links with the university and offers some qualifications from the university.

The first lift provides step free access into part of the existing building. The lift has a 1100mm travel across the two floors and features automatic gates on both the platform and upper landing. The lift was finished in black in order to match the steel railings and building accents. The lift also features call and send wireless controls on both landings to make the lift quick and easy to use.

The second lift provides access to the newly excavated basement with an overall travel of nearly 3 metres. Like the first lift it features automatic gates on both the platform and upper landing. It also features wireless call and send buttons on each landing with all aspects of the lift powder coated in black to match the other steelwork around the college. At the request of the lift consultant we also installed a glass screen due to the tightness of the space to prevent accidental entry underneath the lift. Another request was a combined light and audible alarm to alert those moving around the location of the lift that the lift is descending. The colour of both lifts contrasts the orange brickwork and sandstone capping stones to produce an eye-catching finish.

To see projects similar to Ridley Hall, Cambridge click on the following links: 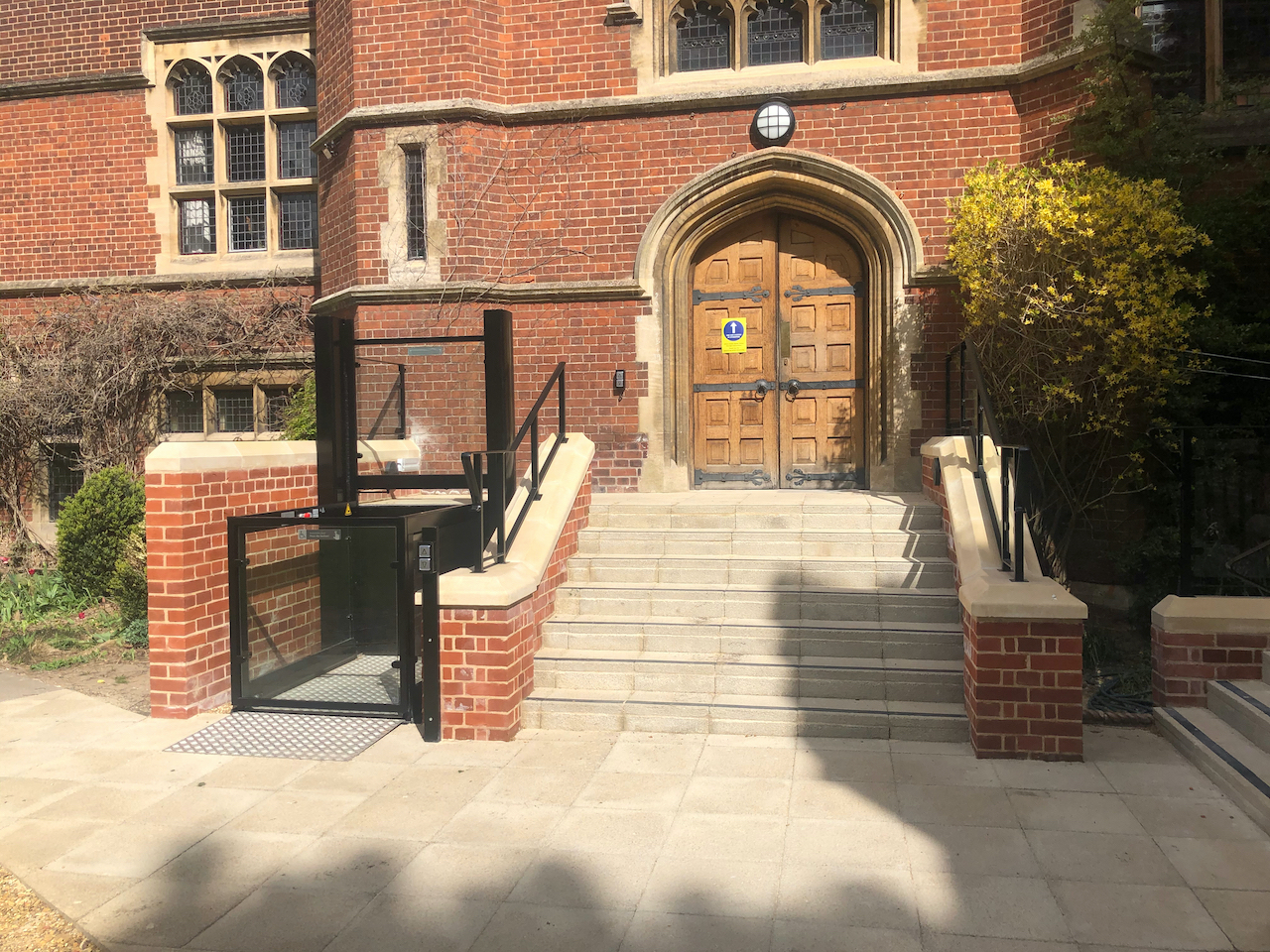 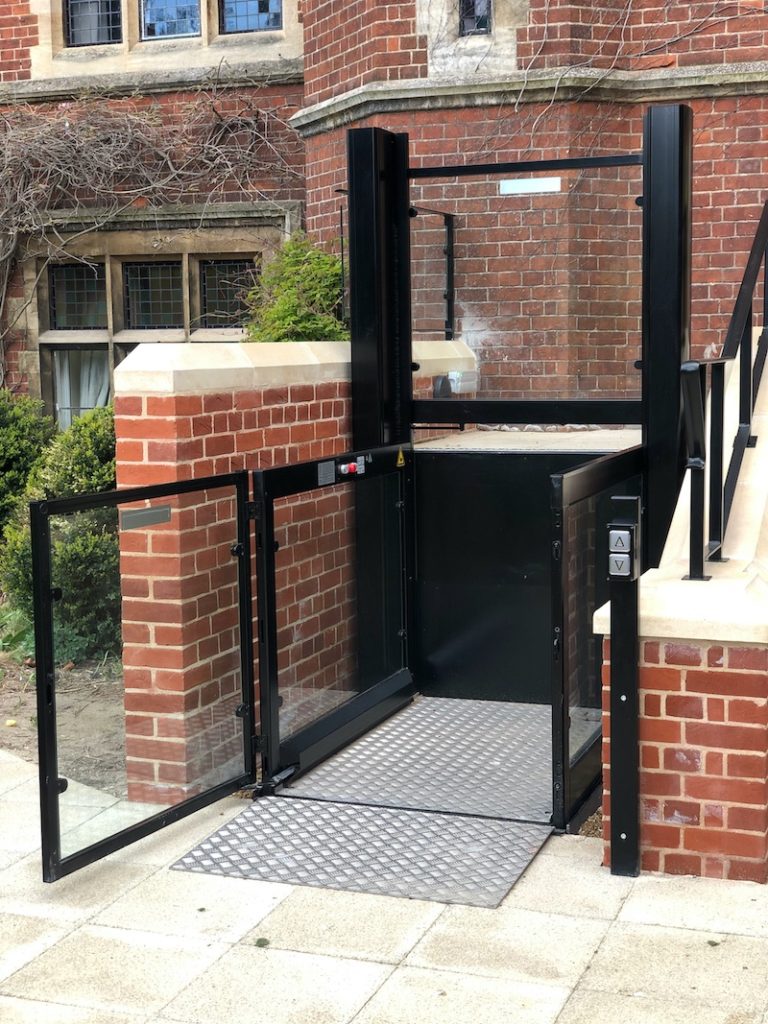 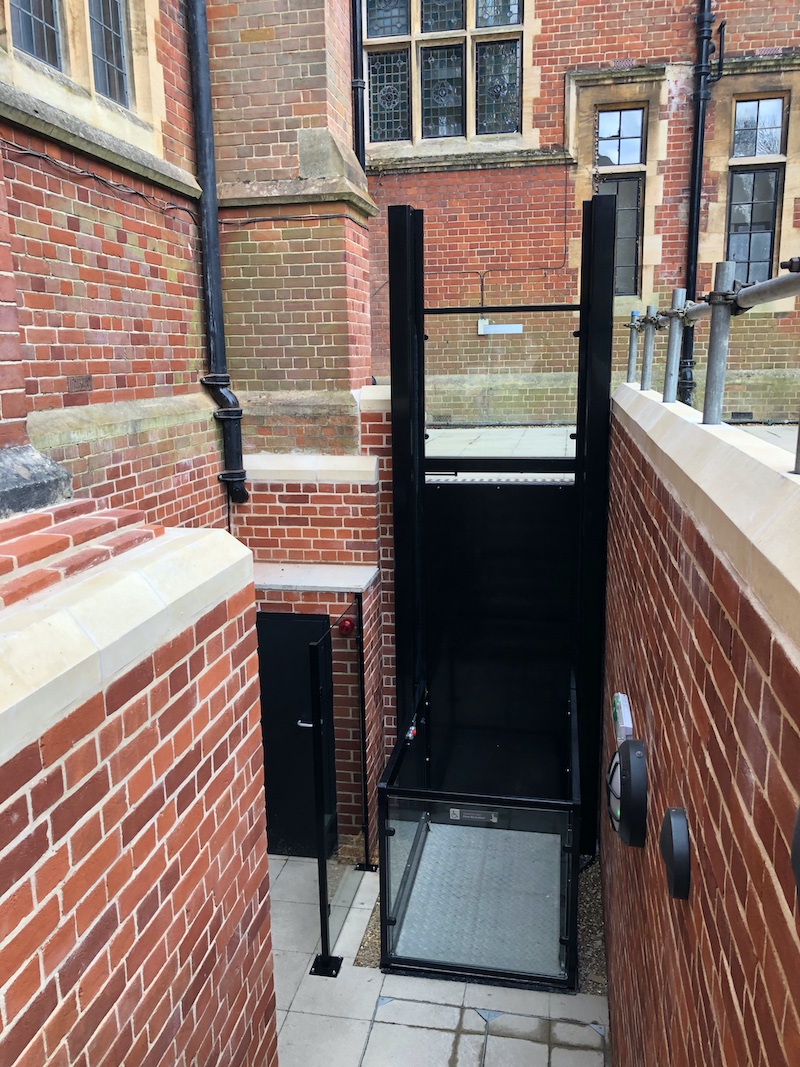 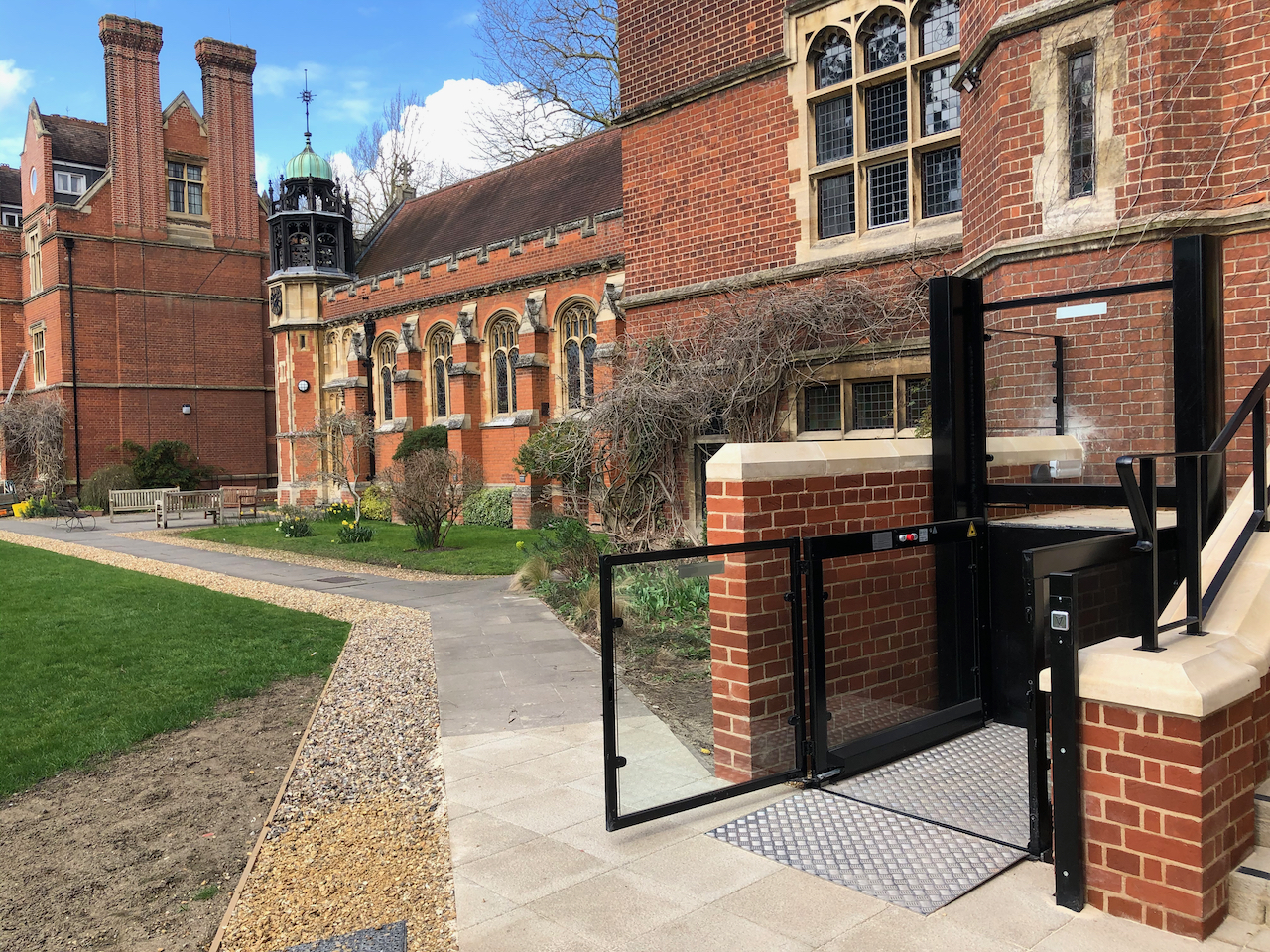 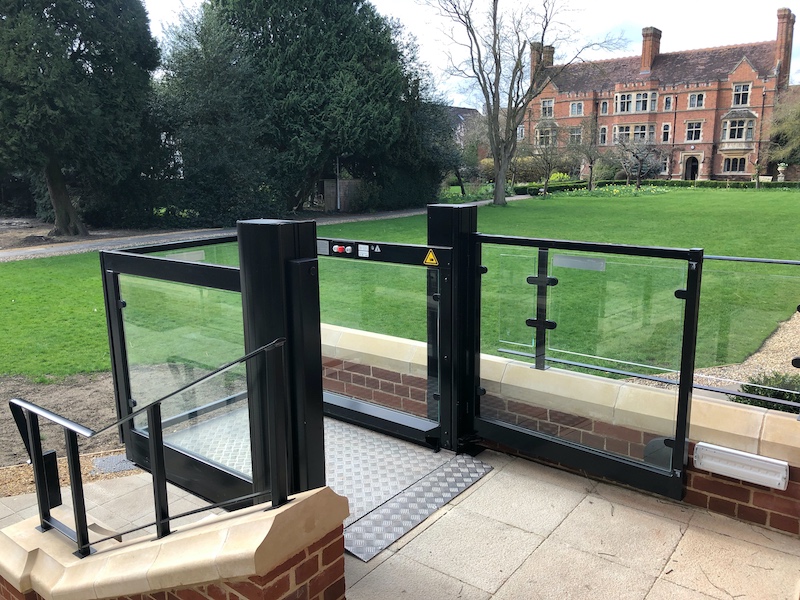 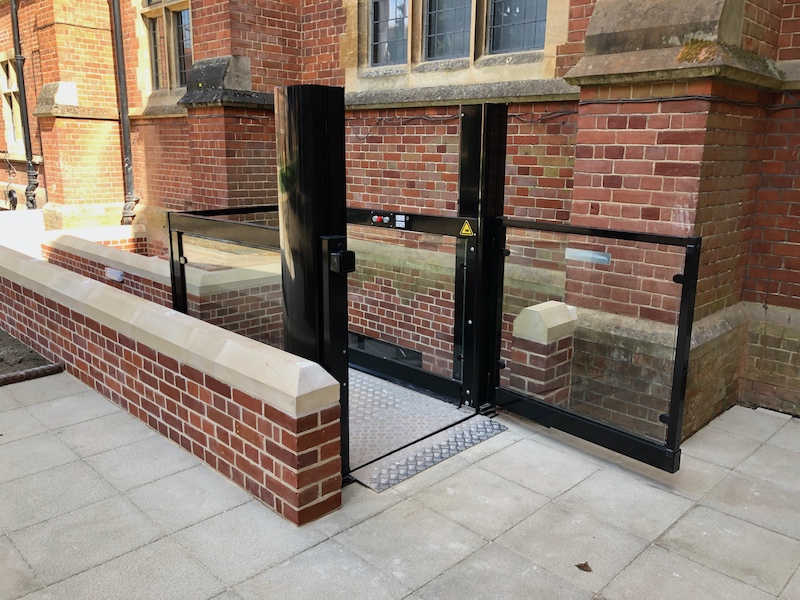