We were approached by Calco Construction, a Newbury based construction company, who we had previously worked with during the construction of a home in Enbourne, Berkshire. Calco builds several luxury homes in the Newbury area as well as the wider South. In addition Calco has undertaken several commercial projects including the construction of The Base during wider renovation works of Greenham Common. Greenham used to be the location of RAF Greenham Common and later US Air Force base during the Cold War. After many years the infamous base was then turned back into public land in the 2000s. Redevelopment works have kickstarted over the last few years with new commercial buildings being built. Calco was responsible for the construction of the new £1.7M building that would house a number of arts and craft installations.

Calco needed a lift at The Base, Greenham that would connect the ground floor where the café and main gallery is located with artist's individual small galleries on 1st floor. The building has an industrial appearance throughout its structure with individual caged artist studios, exposed concrete blocks and no suspended ceilings. The lift cabin features white panelled walls with a half height mirror opposite the lift doors. These features attract light into the lift cabin making the space feel larger than it is. The lift has sliding doors on each floor and is finished with plastic coated steelwork. The advantage of plastic coated steel on an installation like this is that it is less likely to smudge compared with brushed or polished stainless steel. In commercial buildings such as The Base, Greenham with many daily visitors, fingerprints can cause greasy marks and can quickly make the lift look unclean.

The lift installation was finished in time for The Base's grand opening in February 2019.

To see similar projects to The Base, Greenham click on the following links: 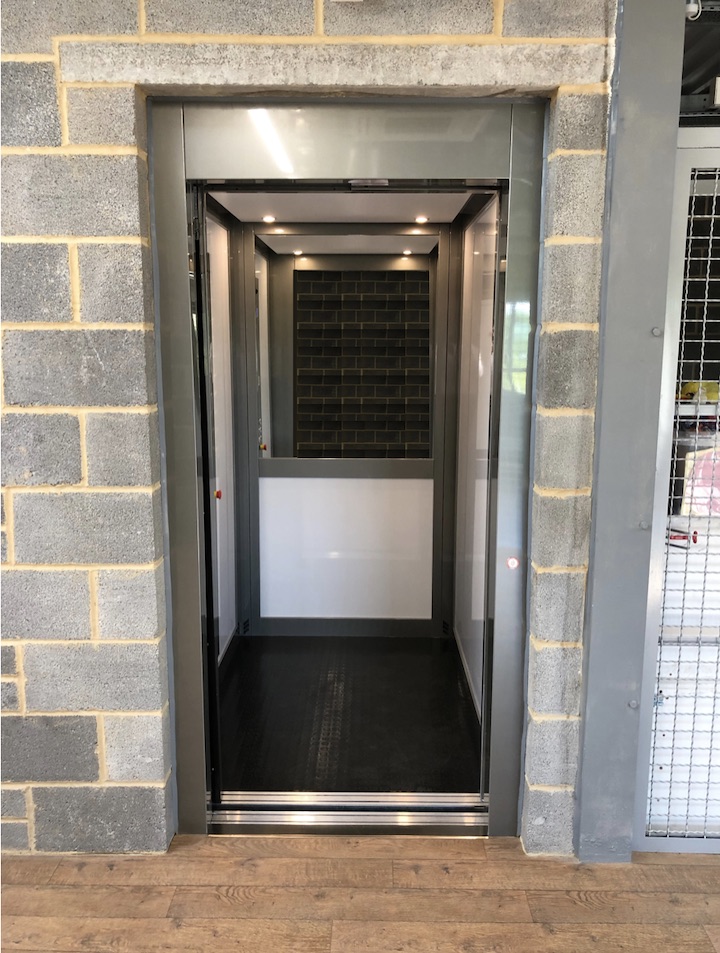 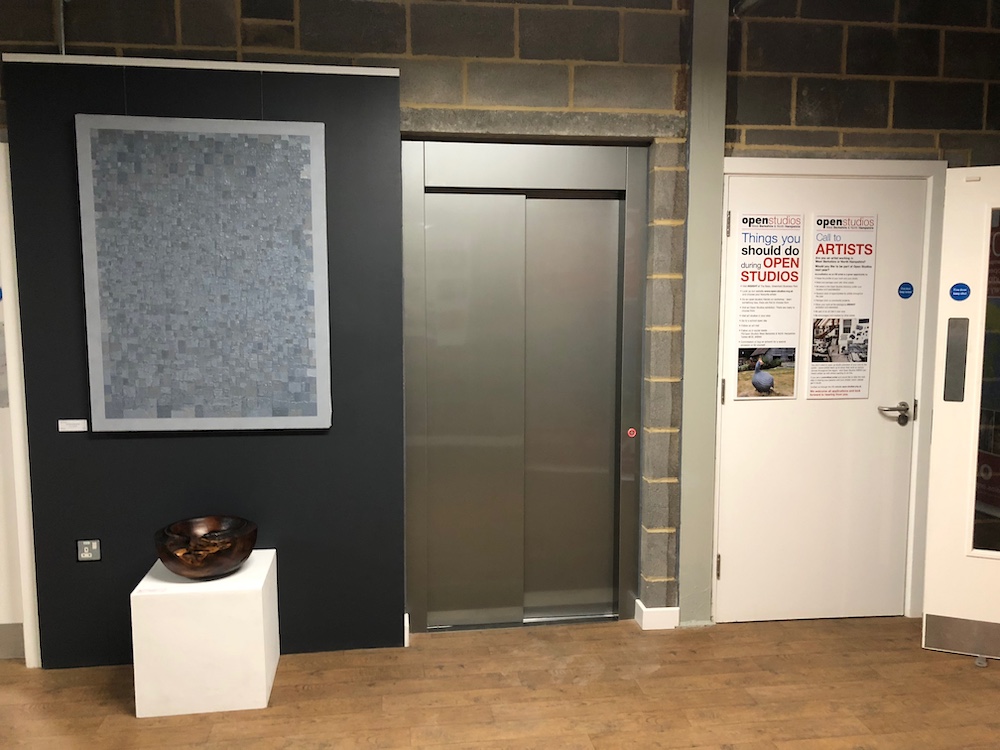 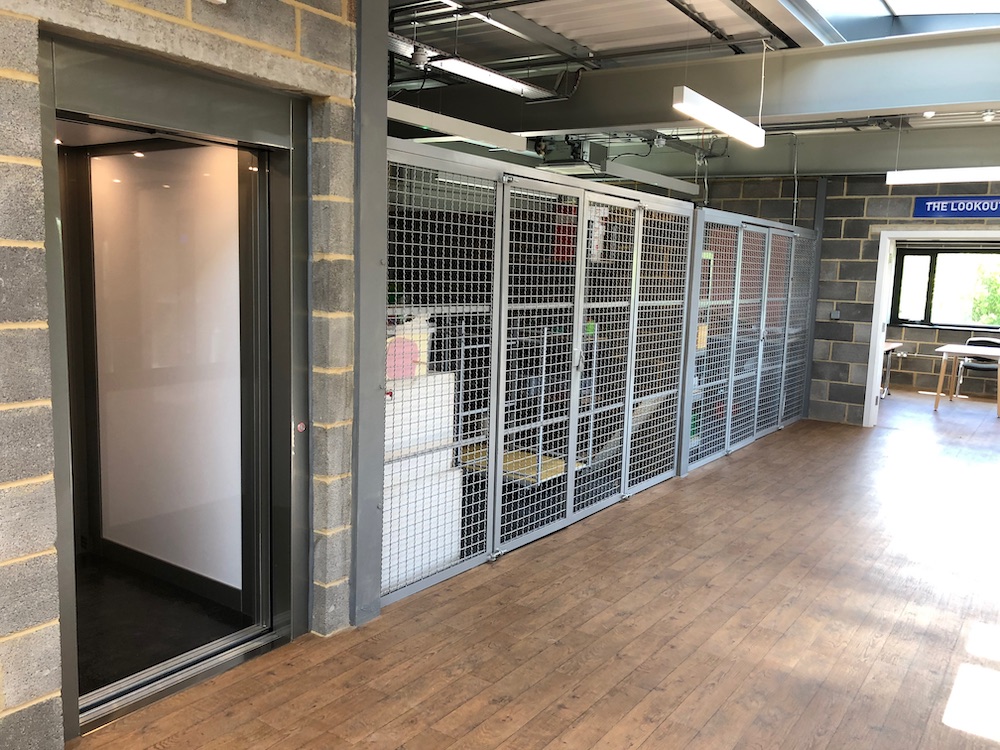