The Swan at Streatley is a 17th century hotel on the banks of the River Thames, around 11 miles from Reading. The Hotel recently underwent a £12 million refurbishment including a new restaurant, redesigned rooms and a Coppa Club. The Coppa Club is a take on a private members club with a 380 cover restaurant, a large bar, fireplaces, events rooms and a private dinning room overlooking the river. Other Coppa Clubs are situated on the Thames at Henley, Sonning, Maidenhead and the most well known on the north bank by Tower Bridge in London.

During the renovation we were asked by Quadrant Design, having worked with them on projects at Venture House in Reading and Wagamama Wigmore Street, to install two platform lifts. The first, outside of the restaurant, travels a total of 800mm linking the restaurant with the covered terrace on the banks fo the river. The second, outside of the riverside function room, also travels 800mm which allows guests to access the small island off of the main hotel's ground to enjoy all the river has to offer. The lifts were finished in the same dark grey colour as the windows and door frames. They feature non skid platforms so that even in the rain the lifts can be used quickly and safely. Both platforms measure 1100mm x 1400mm and have rated loads of 300kg so even the largest electric wheelchairs can be accommodated.  Both lifts are designed to withstand even the harshest of conditions and as you can see in the photos they can easily cope with the British summer.

The lifts were installed in time for the hotels grand reopening in July 2019.

To see some of our projects that are similar to The Swan at Streatley click on the following links: 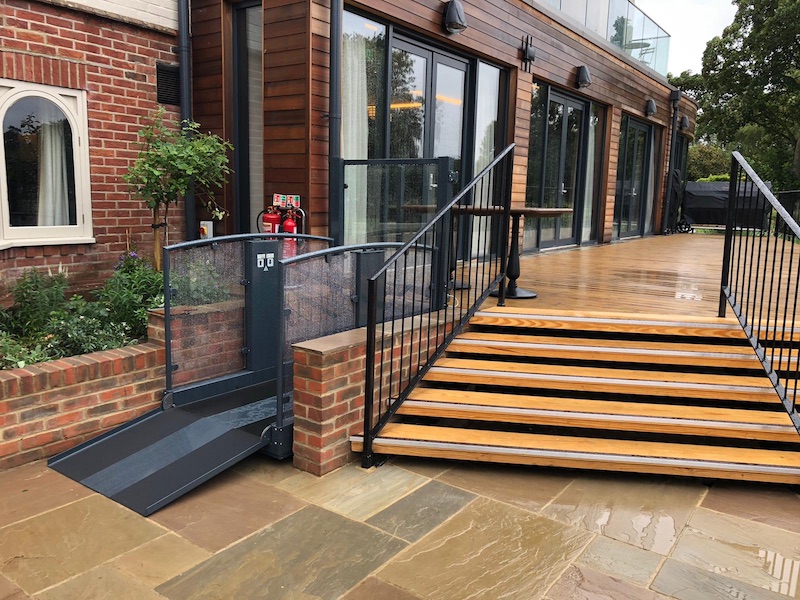 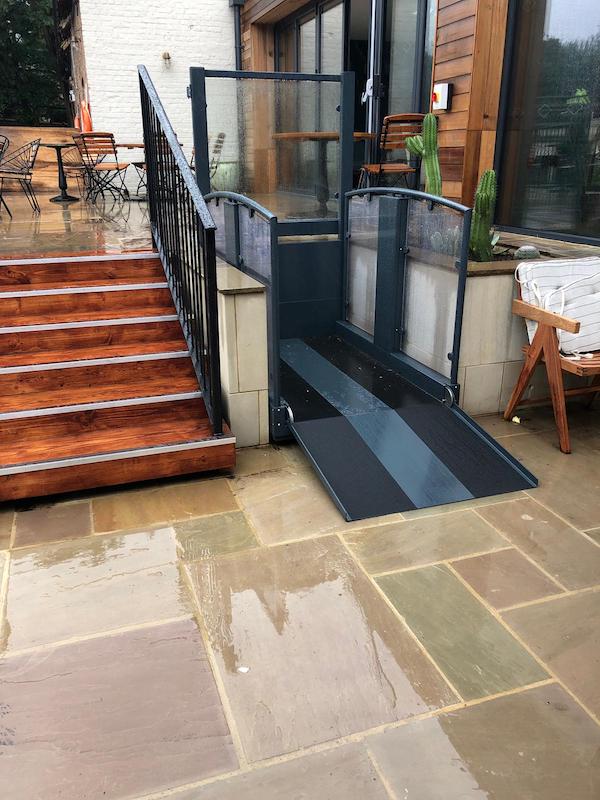