One Queen Anne's Gate is a development of 27 luxury apartments in the heart of London. The development runs adjacent to St James's Park and is a stone's throw away from Westminster. The building comprises of 1, 2 and 3 bedroom apartments as well as a penthouse with wraparound terraces offering views of central London. In addition to the apartments, One Queen Anne's Gate features amenities similar to a private members club and an underground car park. The main entrance at the front of the One Queen Anne's Gate has 4 steps from the pavement into the ground floor, unfortunately due to the nature of the steps a hidden platform lift could not be installed. Therefore an alternative access route had to be found with the garage entrance being chosen as the most viable. The garage features an underground car lift which allows residents to park their cars on subterranean levels. We were approached by Blue Sky Building, the principal contractor, who were looking for a platform lift which would provide access from street level into the main reception and concierge area.

The lift travels 1020mm between the two levels with a platform measuring 1100mm wide by 1400mm deep which allows even the largest motorised wheelchairs to be conveyed. In addition the lift has a rated load of 400kg and was finished in RAL 7015 (Slate Grey) at the architect's request. This platform lift doesn't require a pit so means that building work is kept to a minimum, all it requires is a supporting wall which the lift's "legs" fix into.

To see projects similar to One Queen Anne's Gate click on the following links: 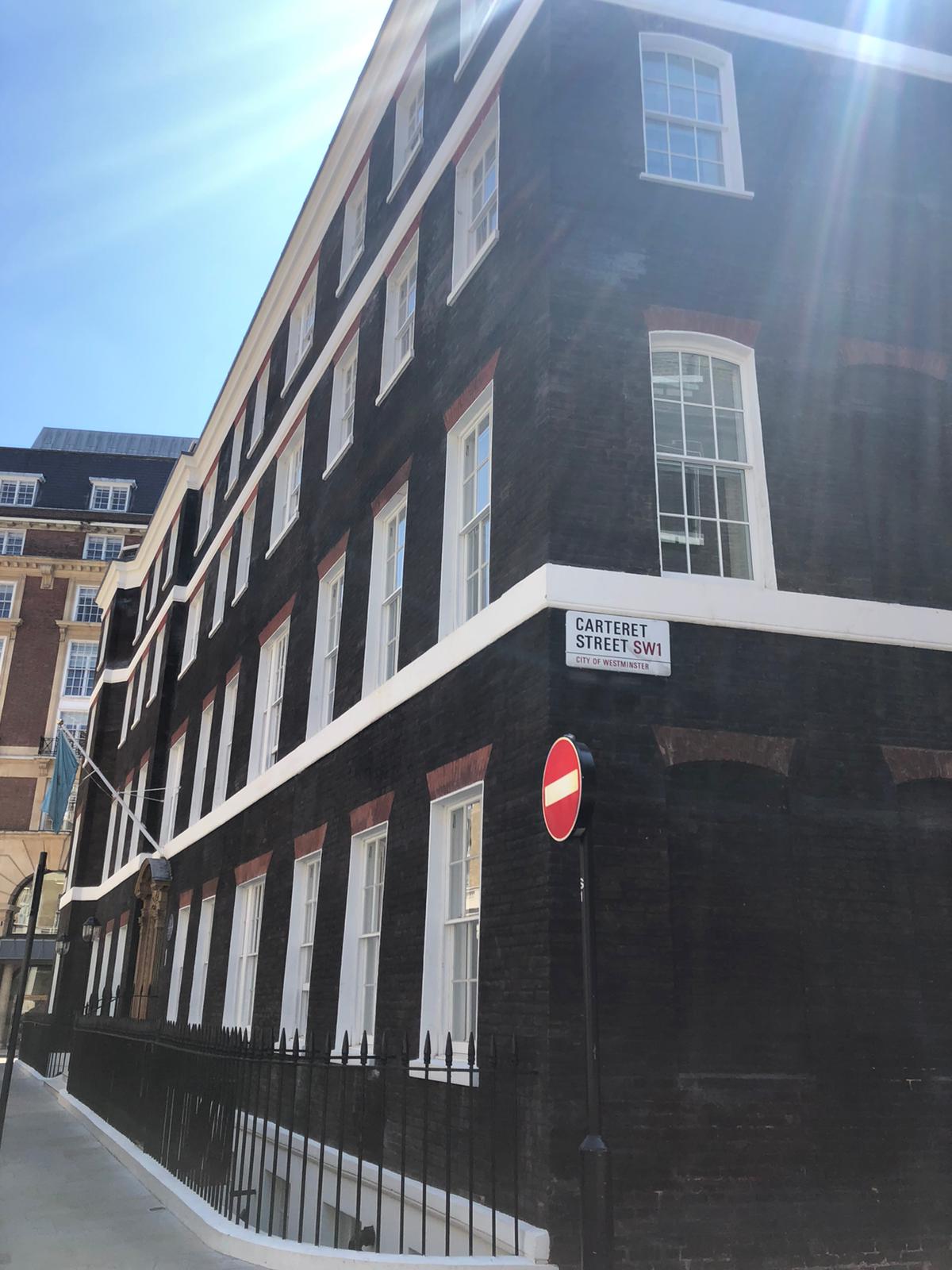 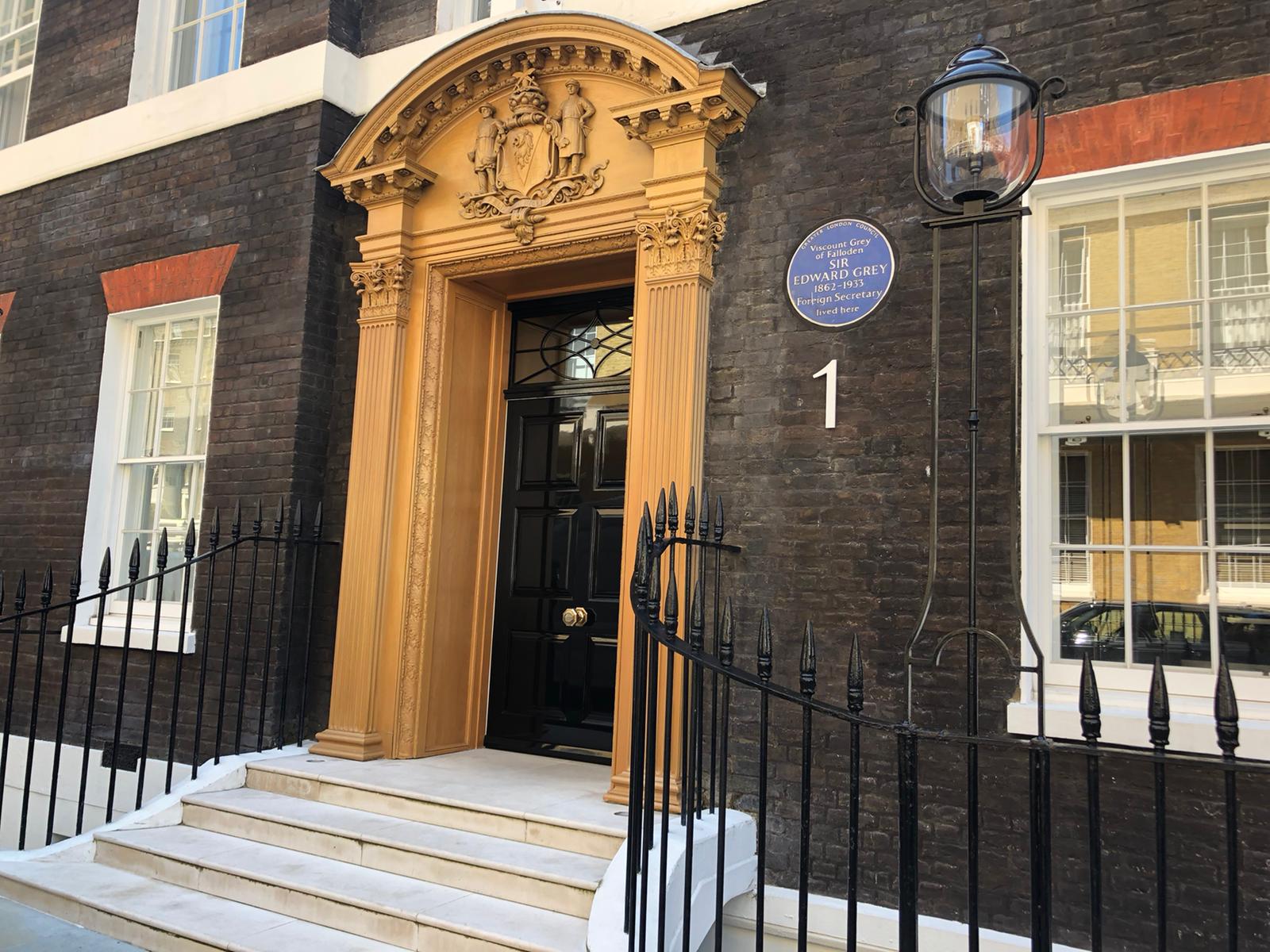